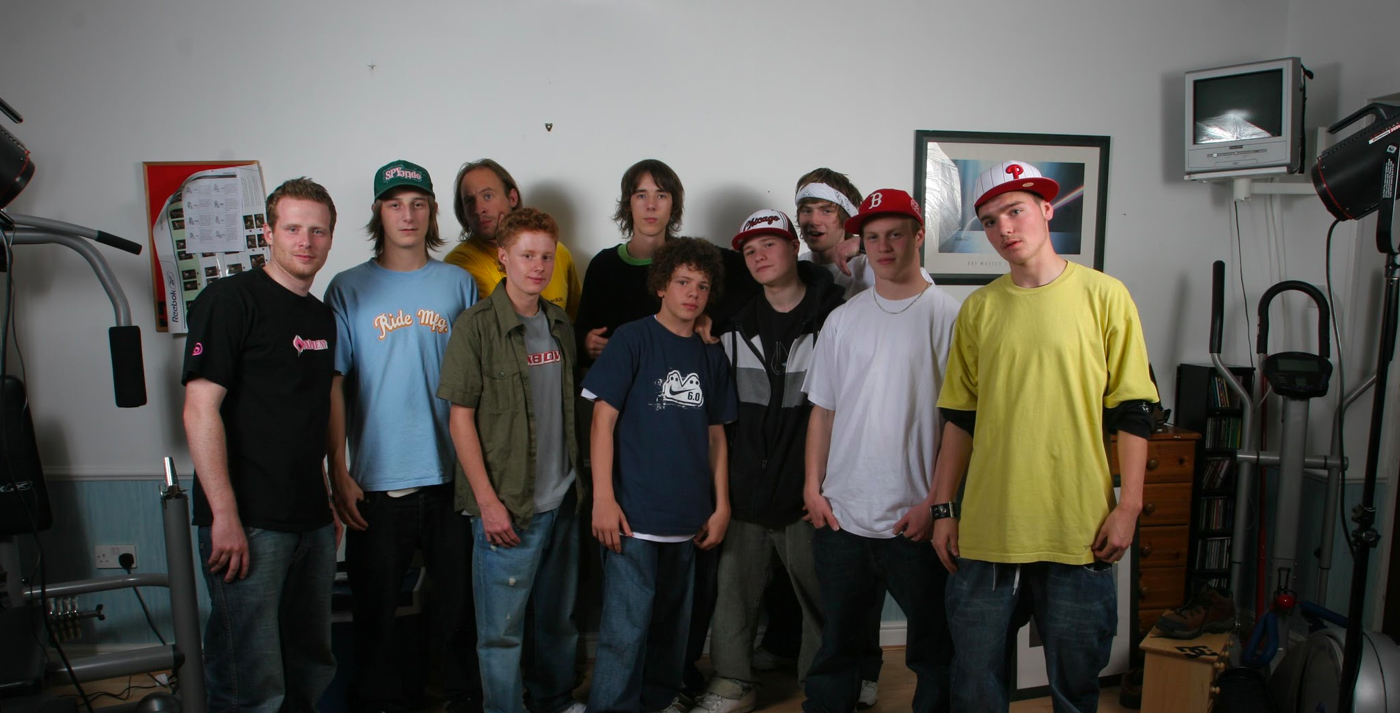 About
ATV is a group of close friends from Milton Keynes, united through the love for snowboarding who document the adventures that surrounded their snowboard life.

ATV required design for all their digital assets including a website, in order to promote their group and sell their videos. The challenge was forging a path as the first snowboard crew in the UK and communicate it to as many people as possible. This was important for the group, with more exposure, more companies would be aware and therefore, resulting in greater sponsorship opportunities.

ATV was founded by myself and two friends, as we all loved snowboarding, we wanted to follow a career in it. Myself and my two friends knew it would be easier to gain sponsorship together, as opposed to individually. We knew that creating a brand based on a community mentality that others could relate to would provide greater presence and as a result, become noticed by the various brand representatives. I placed myself as its Creative Director, looking after the visual identity and all the digital assets required, including our web presence.

The first step to creating presence for a group of snowboarders was to create a brand that would represent the idea behind it. After running a workshop with the original founders, we decided upon the word alternative (ATV) because the snow we rode on was halfway between a dry slope and the real substance that falls from the sky. We used the typeface stencil, for ease in replicating print design. We made our own stencils and after deciding on a. logo, we proceeded to print it on everything we touched while snowboarding, this included stickers, patches, clothing, snowboards and more. In terms of colour palette, we landed on black and white, because both colours go with every other colour, communicating a strong and present image.

I designed all the UI design for the group, predominantly this was concentrated around the website. Originally, this included a basic HTML/CSS site, however, as the group’s presence grew, we were cognisant to keep improving and following the major brands, we launched a new website every year. Before the launch of YouTube and Vimeo, we utilised a flash site Beyond the website we used basic motion graphics to create an animation that could be sent via mobile in order to drive traffic to the website, this greatly helped with communicating presence.

The main communication of the group and their ethos was through continual video, made available for the fan base to view and download. We filmed various videos and continued until we had released three major snowboard videos and negotiated with the local shops to sell DVDs.

During my time snowboarding and designing with my friends, we created the brand identity and I created multiple flash websites. We also created our own clothing and found a way to market ourselves through many channels to help promote the crew. This included imagery, animation and marketing across the snowboard industry. I also supported as a filmer and edit some of the films we made. As a result, the group became sponsored, appearing in many articles across the industry’s magazines, receiving free product and exponentially growing the groups exposure. We were among the first snowboard community to release a video in a world where camera phones were yet to exist. We set a benchmark for many to follow and inevitably, we became the very brand representatives we were trying to impress. This was my first foray into the world of design, igniting a passion for the industry and enabling me to be innovative and continuing to strive for quality and creativity to this day.

Do you require a digital designer?