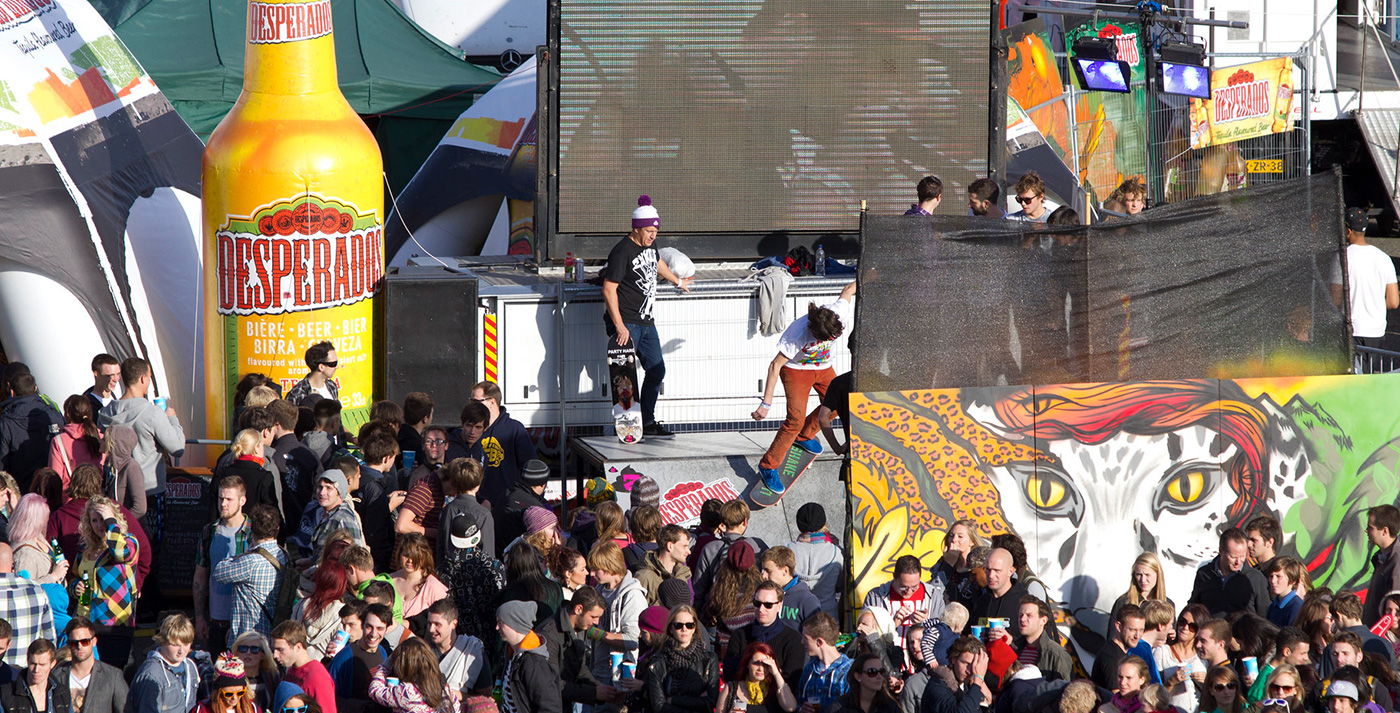 Creating presence for an events company

Company
For Boarders By Boarders

About
For Boarders By Boarders (FBBB) is a travelling community event in the extreme sports industries, combining riding, music, art and fashion, while aiming at the grass roots to support growth.

FBBB required a way to market themselves, the meaning behind their brand and their events in order to grow their presence and reach more skiers and snowboarders. This included creation and management of digital assets, work on their visual identity and all their marketing material. They also required a second hand for the Managing Director to be onsite and supporting their events as required.

The target users for this brand were winter sports customers who ski and snowboard at indoor slopes around the UK. These users have a strong preference of value for money and for inclusivity. The secondary user group were a wider audience who were interested in skateboarding, surfing, music and art culture.

I was hired as a Creative Director, with my role focused on building brand presence and overseeing the design and deployment of the website, reporting directly to the Managing Director. This included responsibilities such as the brand’s visual identity, the website’s UI design, to consult on the marketing direction for the brand and providing ad-hoc design services as required. I also supported with the running of events and being on site whenever they were occurring.

I sourced a graphic designer to create a logo while I worked on the overall visual identity for the brand. The colour palette chosen was an eclectic mix of bold colours in order to communicate diversity, with the main colour chosen for the brand a sky blue to also communicate trust, loyalty and confidence. For the typeface, I used Capture It, a bold stencil font to create impact. For text, I used the typeface Arial, a common font to enable anyone from the community to contribute any design work whilst maintaining consistency. With the creation of the logo combined with the direction of the visual identity, I also created brand guidelines.

I began work on the brand’s website by running analysis on both direct and analogous competitors and created a prototype in Illustrator to be placed in InVision. I held a workshop with the Managing Director and other senior members of the brand to refine the prototype. Once the prototype was endorsed, I sourced a web developer and collaborated with them to turn the prototype into a working website placed in WordPress. Once the site was complete, and as it relied on continual new content, I created a user guide so that multiple users could easily understand how to log in and create new posts as and when required.

As part of the marketing for the brand, I created consistency in their social channels following the brand guidelines, this included Twitter, Facebook, Instagram, Flickr, Vimeo and SoundCloud. I worked with events team to design all their assets, including the print design for flags, banners and other merchandise required at the events. I also created flyers, both printed and digital, which helped to promote all the events.

Initially FBBB were a low-key snowboard event that occurred a few times a year in the Milton Keynes snow dome, however, as a result of my work the brand expanded rapidly. The event was taken to all six of the snow domes in the UK and they also expanded into skateboarding, surfing and other events. FBBB ran several setups at music festivals, which included demos by professional skaters on a skate ramp alongside a tent setup as a dance floor showcasing upcoming acts. They also collaborated with artists to run a number of art shows at various locations around London. The snowboard events were taken onto the continent to European snow domes in France and the Netherlands, as well as outdoors on slopes in the Alps and the Pyrenees. FBBB continues to be a market leading force in the snow, skate and surf community.

Do you need a creative designer?