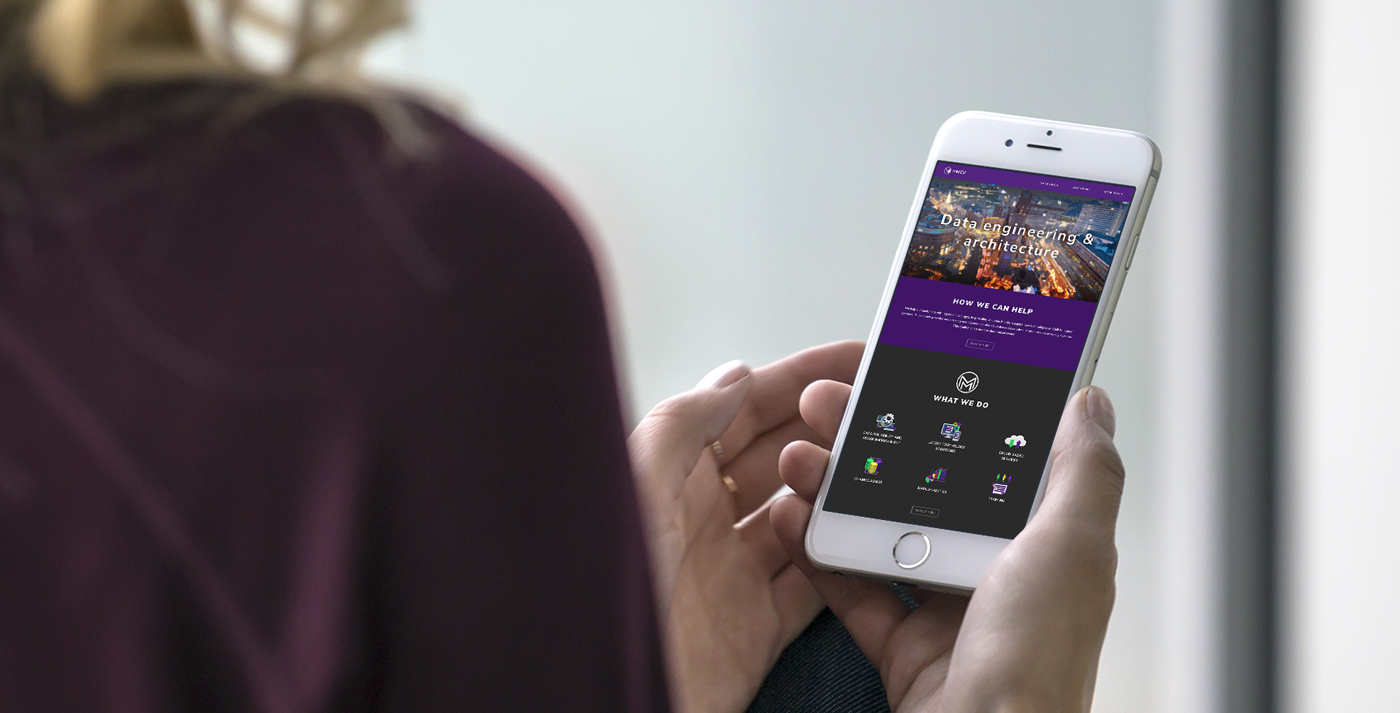 About
MMCV are experienced data engineering and architecture consultants who deliver flexible data strategies for large businesses. They are a traditional consultancy; in that they rely upon their mutual connections in terms of finding business and have no online presence which was stunting their reach.

MMCV required an online presence and rebrand of their visual identity, in order to implement an online strategy that would support them in winning business. They wanted to work with someone who was able to understand the original values of their brand and was able to incorporate that into a modern version. This was an important requirement, as prior they relied solely on their reputation and relationships within the industry. Beyond the rebranding work, MMCV required online presence in order to compete with their competitors and increase their customer reach. This was a new avenue to market for the company and it started with creation of a website.

The target users for this brand were primarily executives of technology companies and senior management who were tasked with looking after large amounts of data. In the UK this would be staff from companies such as Vodafone, DHL and Royal Mail. These users prefer concise high-level information before requiring in depth analysis to make their decisions.

I was hired as a Design Manager, tasked with the rebrand and overseeing of the design of the website, reporting directly to the Managing Director. This included responsibilities such as the brand’s visual identity, the website’s UI design and consultation of the marketing direction for the brand.

As a starting point in the visual identity rebrand, I facilitated a workshop with the Managing Director to understand the breakdown of the values that were associated with the current logo. I also established the design direction through direct and analogous competitor logos. The workshop revealed that MMCV required a modern brand image with corporate flair, without losing the identity they had already established. I set about drafting up new concepts that were both visually appealing and remained true to the brand’s core values; professional, intelligent and integrity.

Once the rebrand was signed off by the client, I used the new visual identity and the brand’s values as a foundation and began work on their online strategy. Because of the specific industry, it was determined through the client’s own research and analysis that LinkedIn, coupled with a simple, yet impactful website, would not only provide good online presence, but also allow them more time to focus on winning business rather than uploading and maintaining content. I further refined this by pitching the idea of a single page website of which at first the client was averse to. This was because all their direct competitors all had multi page websites. Once I was able to communicate that clarity was a customer understanding value and buying into in as few clicks as possible, the one-pager idea was well received. The website was taken to prototype using InVision, allowing the client to sign off on the design concept before being passed to developers. I sourced a local web development company and handed over a project brief and prototype and then liaised between the Managing Director and web developers to create the site.

MMCV were delighted with their new visual identity and enthusiastically set about on a new marketing drive, resulting in all their contacts becoming familiar with their new logo and services. Coupled with their one-page website, they have reported a steady increase in new business and are now in the position where they can pick and choose which contracts to pursue. This is a complete turnaround from where the client found themselves at the start of the project.

Do you need to rebrand your business?