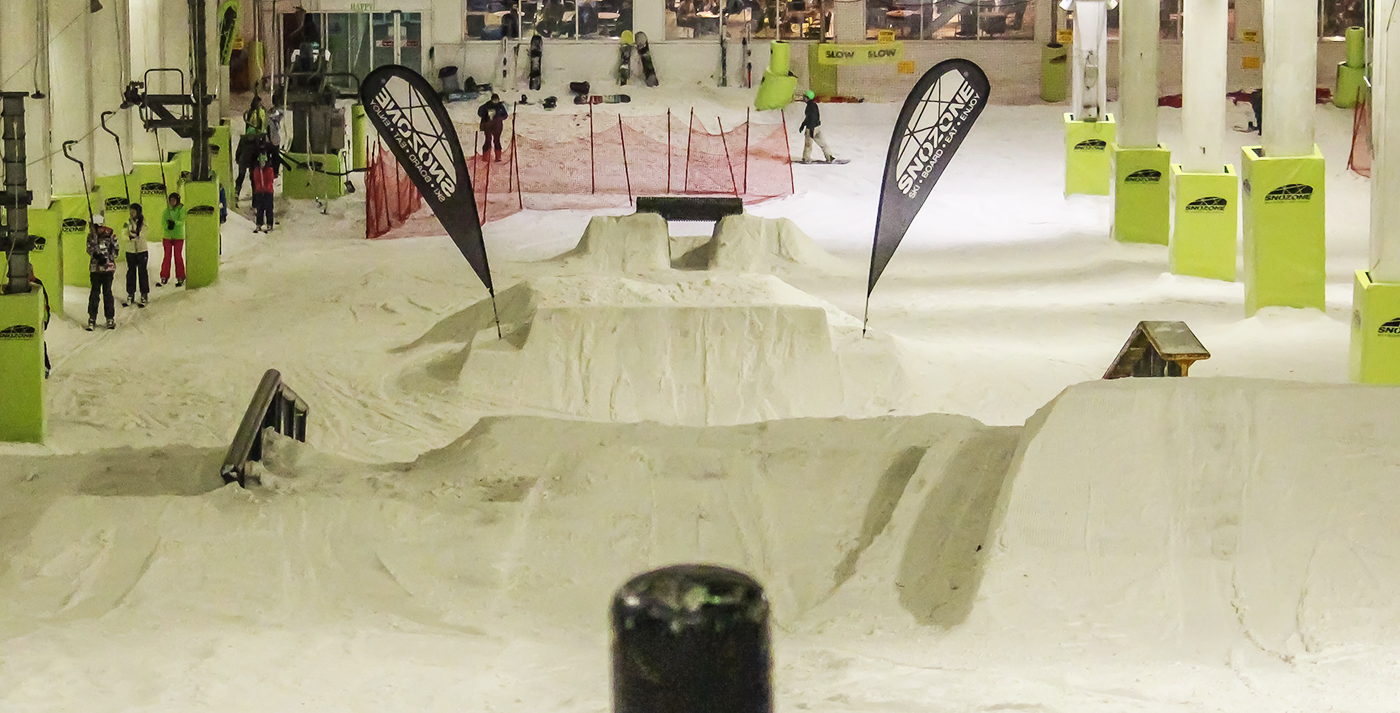 About
Snozone is an indoor ski slope, part of the Xscape leisure complex. They have two venues within the UK and regularly run freestyle park nights throughout the week with the need to communicate park setups to their customers.

Snozone required a way in which to communicate their park layout to customers to help drive ticket sales for their weekly freestyle events. They had so far relied on drawing on a piece of paper and posting it on a billboard inside the venue. The challenge was in how they could make sure the park layout could be communicated to a wider audience and that it would not be lost if someone took that one piece of paper.

The target users for this brand were mostly freestyle skiers and snowboarders from the local snow slope, they were of a diverse age range and preferred inclusivity, bold colours and modern typefaces.

I was hired as a Designer, tasked with creating a park plan that could be updated and distributed quickly in a digital format, so that customers could be encouraged to attend and had notice of the park layout prior to arriving. For this project I reported to the Park Manager.

The obvious answer to this challenge was to provide the park staff with a means to quickly update a park plan digitally, which would not only allow them to make quick edits, but also to distribute the plans through the company’s marketing channels. I met with the Park Manager and discussed different programs the team were familiar with in order to arrive at a solution. As they were all familiar with PowerPoint, we decided it would be best to have the template live in that program. To create a park plan template I visited the slope to identify topography and also to view the array of features they had stored, in order to capture all possible combinations in the template. I used Illustrator to create the features and then saved them on their own slide within PowerPoint, along with an empty slope.

The park plan template was created and delivered to the Park Manager who began using it straight away. The result is a quick, stylish park plan enabling Park staff and customers viewing ahead of the freestyle night. The park plan has resulted in an increase in customers on park nights and Snozone have requested for additional features to be illustrated and a park plan to be created for the second Snozone site.

Do you need help to streamline processes?