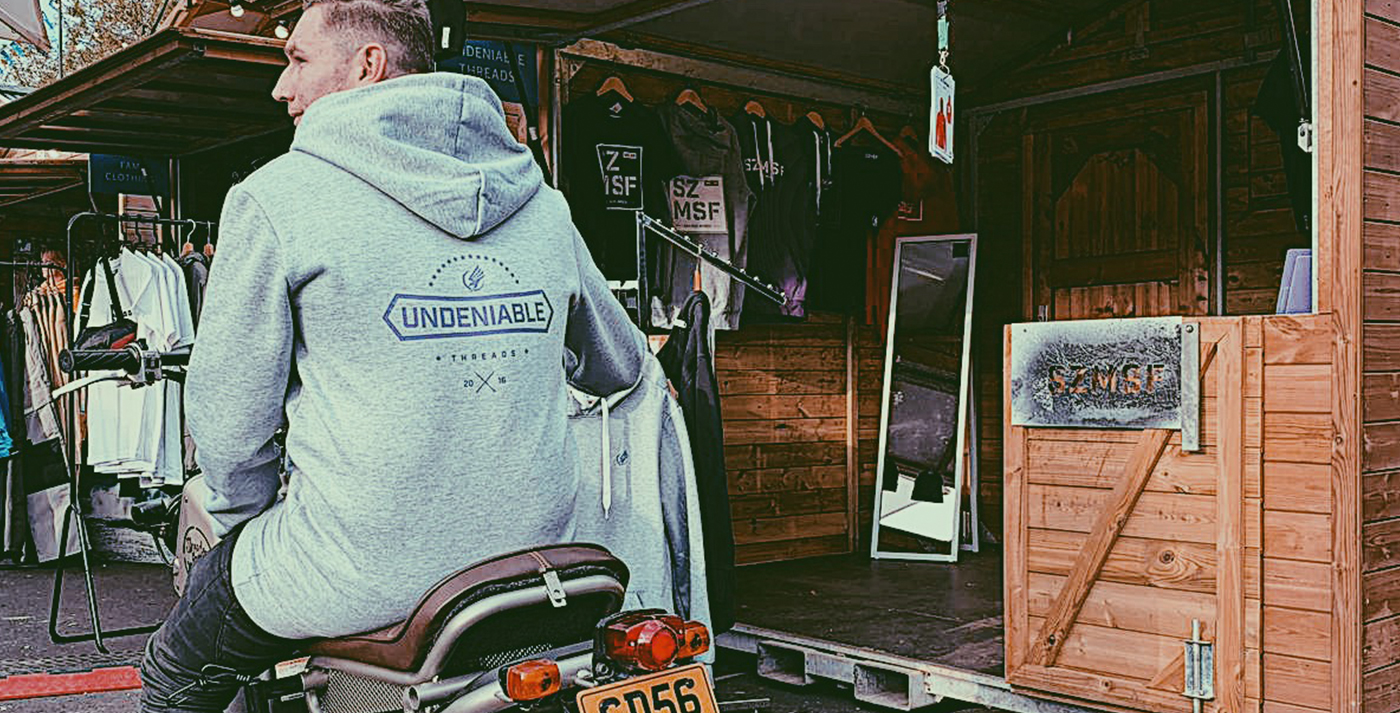 About
Undeniable Threads describes itself as a creative entity with an emphasis on individuality, providing functional clothing designed and tested to ensure quality. They are a young fashion brand specifically targeting winter action sports from the UK.

Undeniable Threads is a start-up with a difference, they wanted to change the “standard” approach to clothing and create products that were more than just visually appealing, with an aim to gain a long-lasting customer relationship. Undeniable Threads was aiming to enter an oversaturated market, to quickly establish themselves and stand out from their competition. It wasn’t so much ‘how’ they could sell to customers, but ‘why’. Clothing design, especially in winter sports, had plateaued, where most people were buying for the brand label, rather than the brand ethos. Undeniable Threads wanted to pursue this gap in the market, desiring to live up to their name and remain undeniable, regardless of timeframe, graphic or purpose. This meant they needed to design both their clothing in synergy with how they sold their products.

The target users for this brand were predominantly winter sports customers who would require the clothing while skiing and snowboarding. In the UK, the majority of these customers would either be in a snow dome or travelling abroad to various mountain ranges. These users have a strong preference of value for money and inclusivity. The secondary user group were a wider audience who would look to buy winter clothing primarily for warmth.

I was hired as a Creative Director, tasked with overseeing all design elements of the brand and its’ visual identity, reporting directly to the Managing Director. This included creating the brand and retail strategy, the design of the products, building and maintaining manufacturer relationships, overseeing the e-commerce website development and creating all marketing and digital assets surrounding the brand.

The first step in creating an exclusive brand is found in its visual identity. I worked closely with the Managing Director to create a logo that was more than just visually appealing. In understanding the desired brand direction, I created designs that would represent an intelligent exclusive brand. This included the use of an eagle and of a deep purple colour that both represent higher thinking, as an eagle soars up high and purple being at the higher end of the visible light spectrum. The use of a circle complemented the eagle in representing the masculine and feminine principles, such as what is found in the Yin-yang. The eagle would therefore be rigid with sharp angles, while the circle would remain passive and fluid.

The next step to creating the brand was the design of its products and an e-commerce site. I engaged in UX research and sought a focus group of users where I interviewed five candidates to understand features, user priorities and competitors to the brand. This allowed me to compile the information into a feature dreamlist, competitor analysis and feature prioritisation. From this information I created an affinity map to see where the information and expectations crossed over and identify trends. I created personas to represent the different user groups the brand was targeting, which would become the foundation point to build other design aspects from. I also used the information to create a storyboard, user-flow and wireframes for the beginning of a minimum viable product. I then re-interviewed the five candidates, requesting them to card sort features and talk about the wireframe’s visual hierarchy and affirm the MVP mock-up. We then went through usability testing of the mock-up and as a result I compiled a plus/delta matrix.

Utilising the UX research, I worked with the information from the interviews to create a high-fidelity wireframe to create a working prototype using InVision. I used the plus/delta information to tweak the prototype ahead of being sent to web developers. I then sourced a local web development company and provided a project brief and the prototype to create a functioning web store. Next steps were to populate the site with product, launch and then advertise.

At the same time as liaising with web developers, I also sourced manufacturers who had the capacity to customise the clothing design as required and would accommodate for limited run orders. I approached several companies and procured the services of three; one for the clothing manufacturing itself, one for customised hood laces and finally, one local company for print production. The strategy was simple; bulk buy 100 blank customised units from one manufacturer, replace the hood drawstrings and then print each item as per the requested order. This allowed Undeniable to remain true to their emphasis on individuality, but also flexible with their stock so as to never be in a position where there were surplus products. After perfecting the sample clothing, we ordered the first batch of clothing. Combined with a set of designs I created for the launch, we began to sell units, first at the local snow slope and later through the website.

As part of the content production for this project there was a need to regularly film and edit footage of snowboarding and skiing in order to help market and grow the brand. This was part of the media arm of the business called Undeniable.tv, which is primarily a YouTube channel. I filmed and edited several videos for the YouTube channel to gain a following and start expanding into the wider market.

To create familiarity with Undeniable’s visual identity, I also created all the intros, outros and transitions for the videos.

As well as a YouTube presence, the brand was active on both Instagram and Facebook in order to help drive sales and establish their market presence. I created a social media strategy to garner boost views on all social media. This required key word analysis and an understanding of when the majority of the audience would be using social media, in order to post content at the best time for exposure. I also worked with the local snow slope to host events, which further helped to market and sell the products. The brand also made an appearance at the annual Ski and Snowboard show in Battersea park to help drive exposure beyond the local scene. In the run up to all these events I created all the print advertisement, including stickers and flyers and created business cards to support B2B connections.

Undeniable Threads continues to have a healthy relationship with their manufacturers and successfully launched their e-commerce site. Due to the UX research conducted early on in the project, they stand out from the rest of the market with their bespoke quality clothing and have taken the brand to more indoor slopes. Customer feedback remains positive, and they have a steady growing loyal customer base. They plan to add new features to their clothing and to continue pushing their brand presence through taking their events internationally.

Do you have a brand you want to get off the ground?